Frank, Dion and me

Yes, just rehearsing every week and every time we're getting better ! 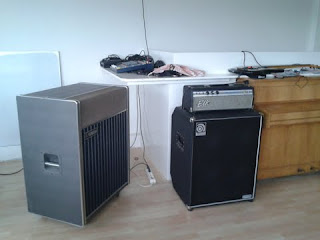 This morning Frank put is bass gitar in the black box, but then the box began to smoke ! We don't understand what happened, so we called Houk, the guy who 's owner of the place we rehearse. He didn't understand either, but we just almost had made a fire. Finally Frank plugged his guitar into the left box which had a great sound, much better then the one which just almost burned down. 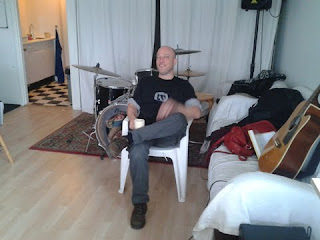