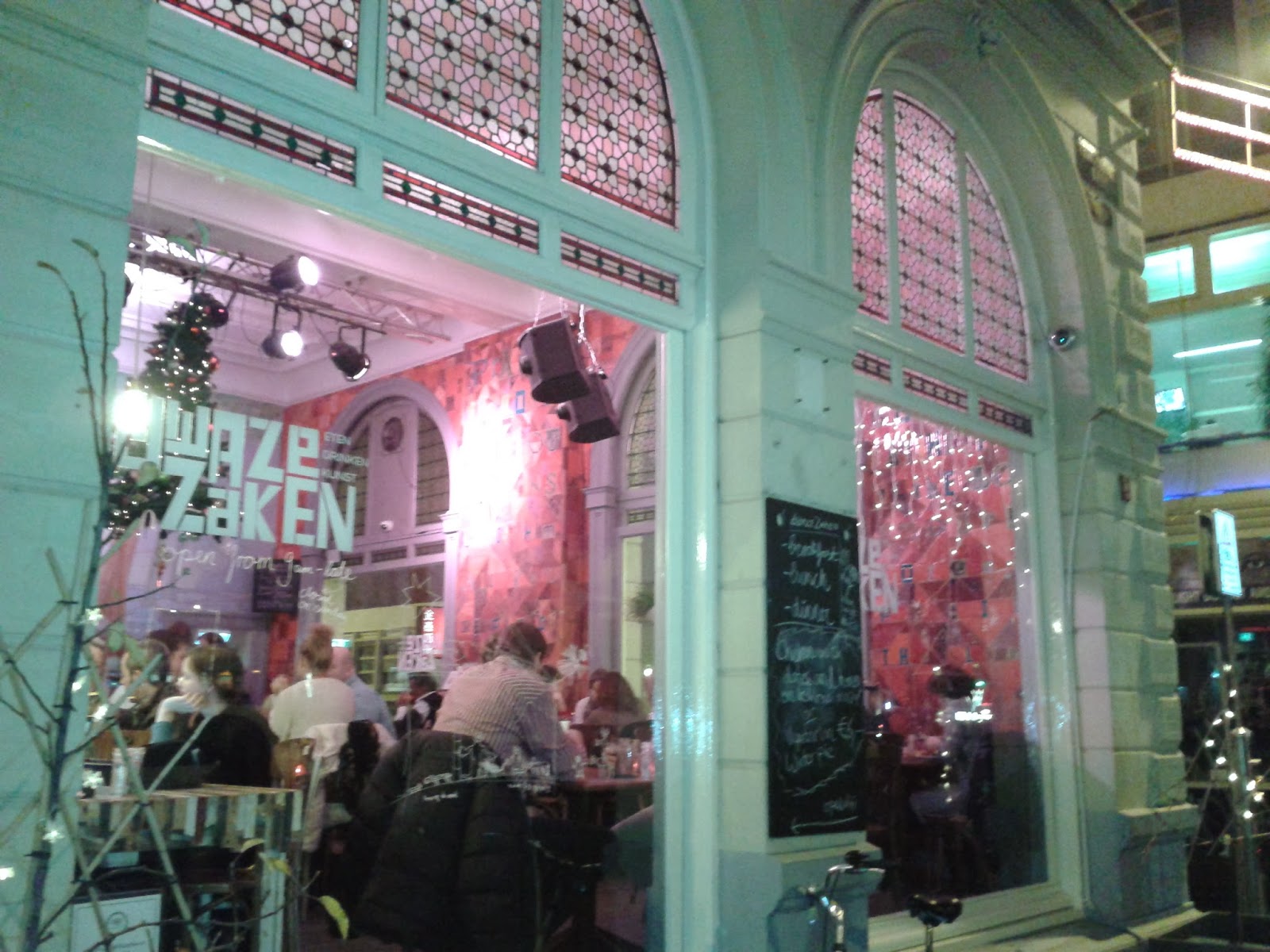 Singersongwriters from Amsterdam and the rest of the world, you all should try to get a gig at restaurant Dwaze Zaken.
First: this restaurant is a really good restaurant, and second: the people who work there are very friendly. Third: it's a beautiful place and there's a very nice atmosphere with a friendly audience and fourth: the location is right in the middle of our  city Amsterdam.
When I arrived at 6 pm, a  girl offered me a drank and showed me the tabel which was reserved for musicians.
I was impressed by the walls and especially by the toilets, look at the pictures how great this is ! 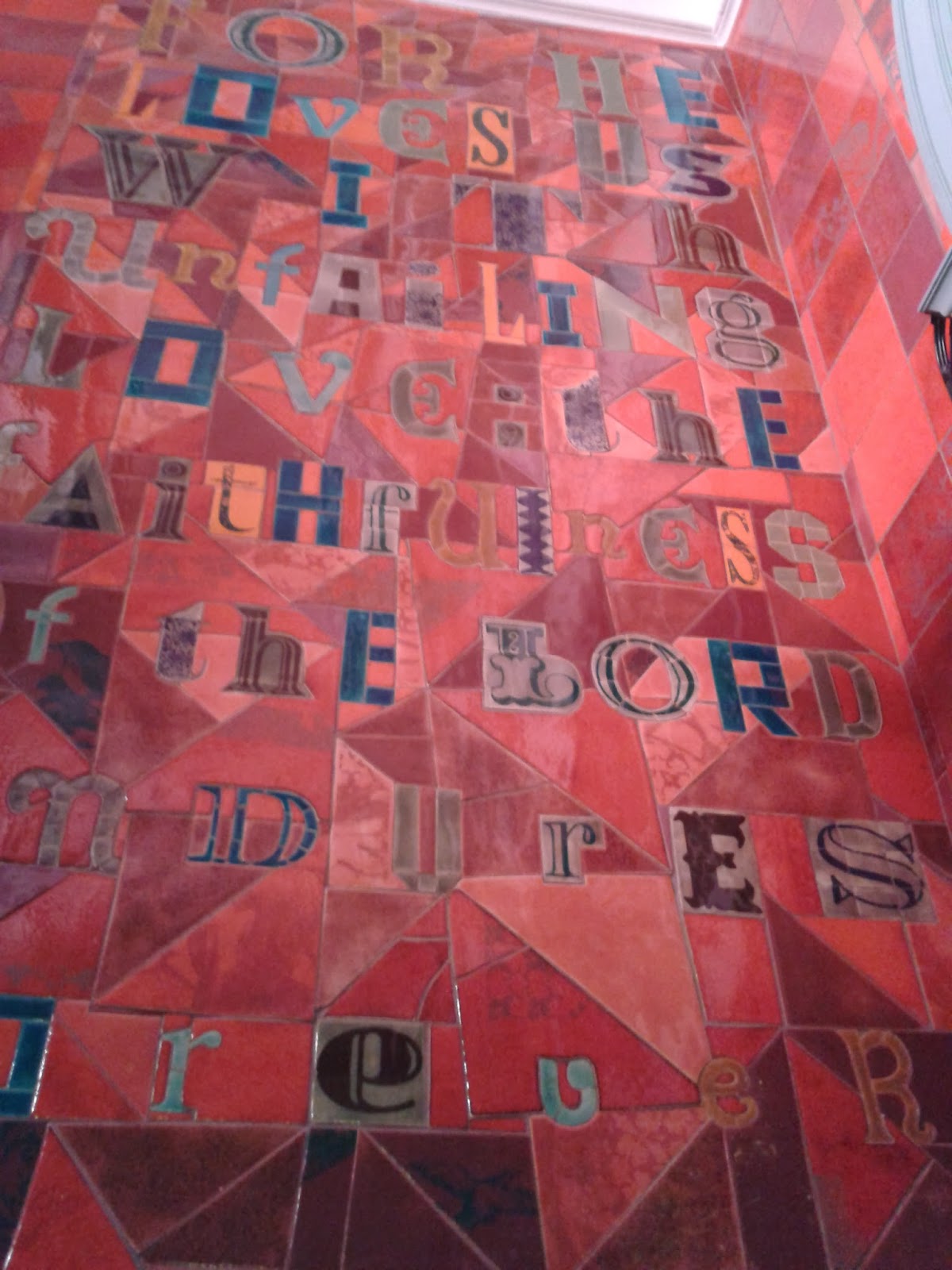 I did this gig together with Gareth Evans-Jones, he played on cajon and did the backing vocals. I felt very comfortable when we first had a good dinner.

We had a pretty good sound, unfortunally my brand new guitar didn't work again,( third time I have to fix it but  now I will bring it back to the musicstore and ask for another!) and so I had to play on Gareth's guitar. 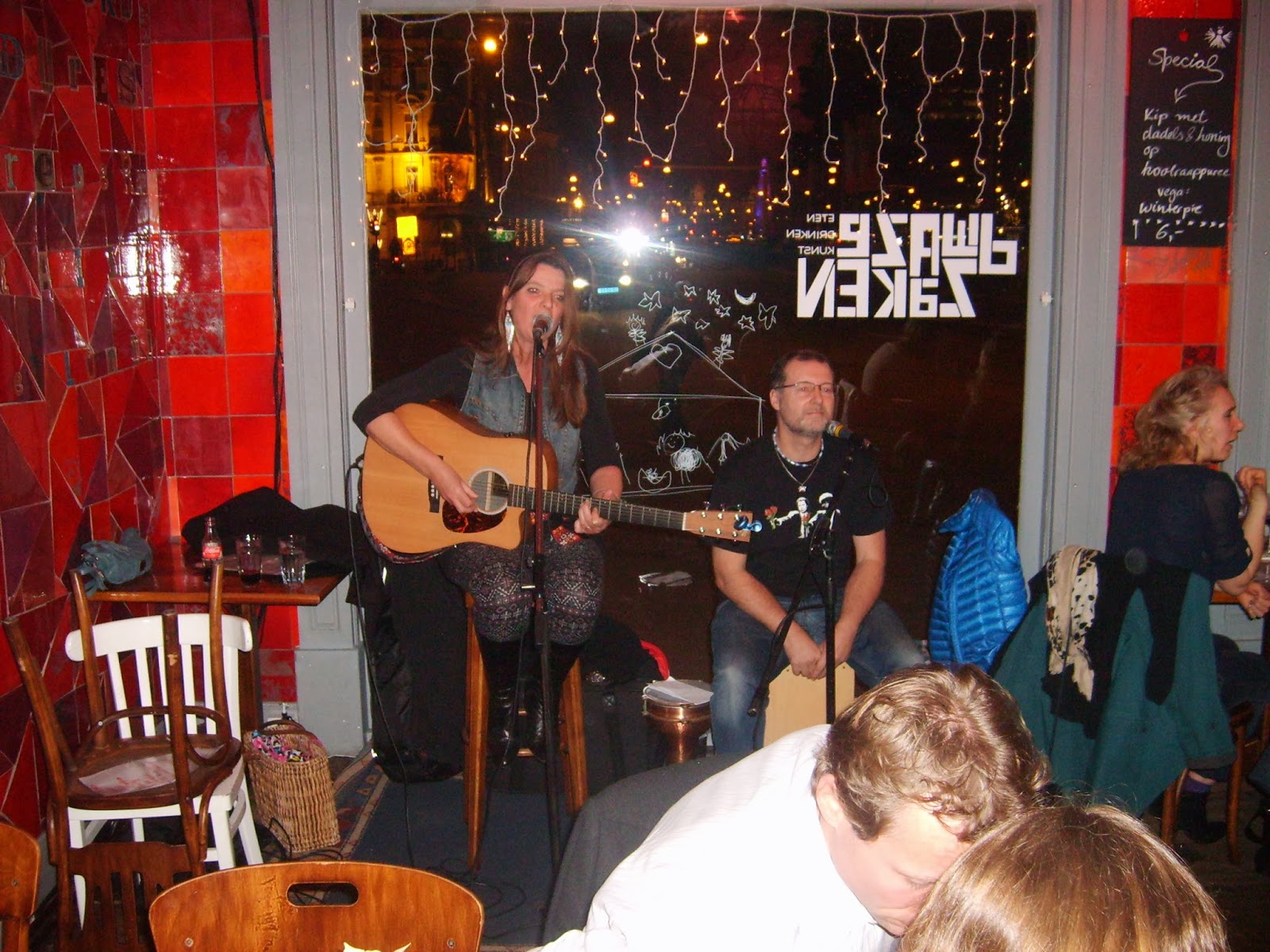 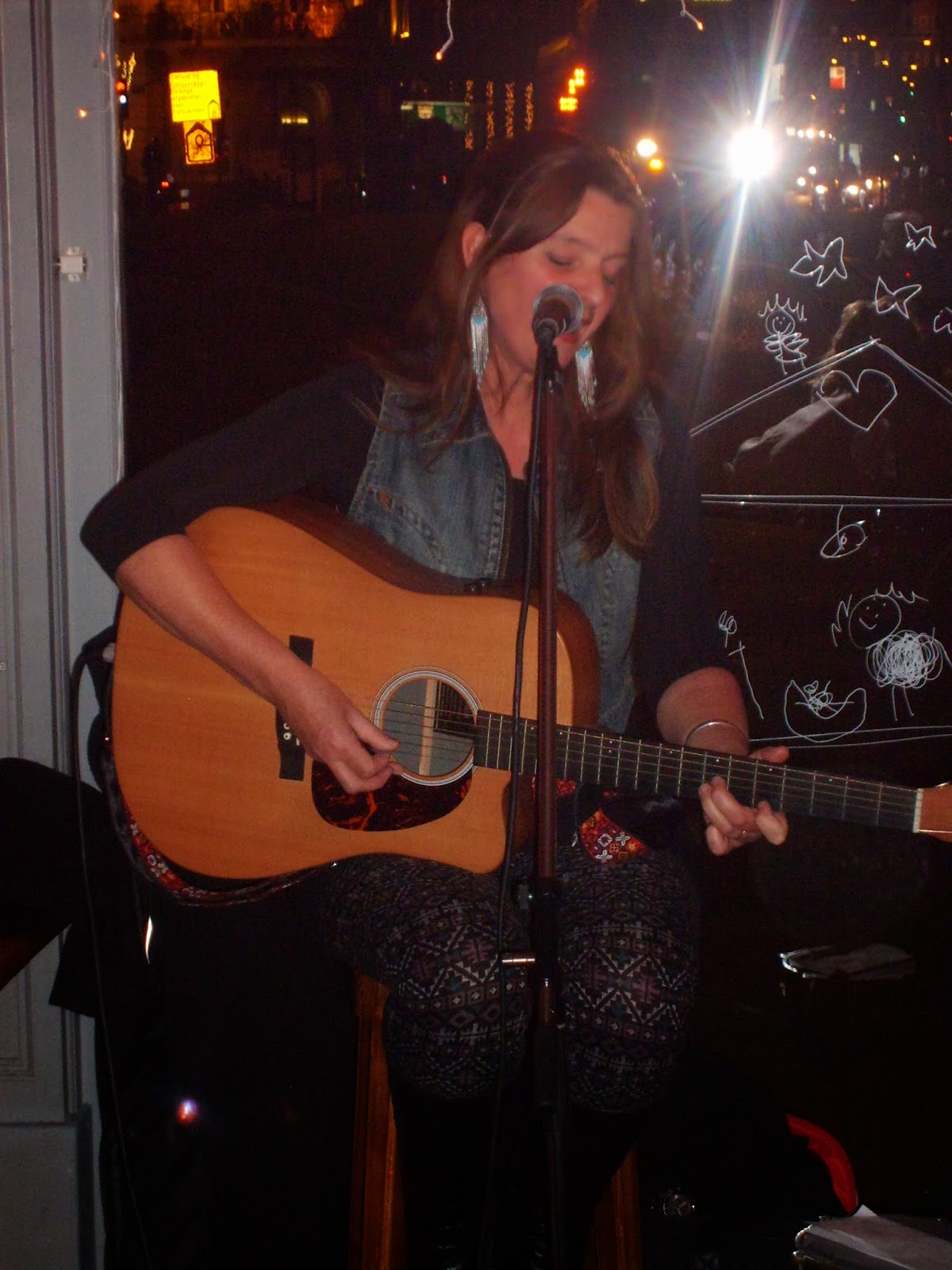 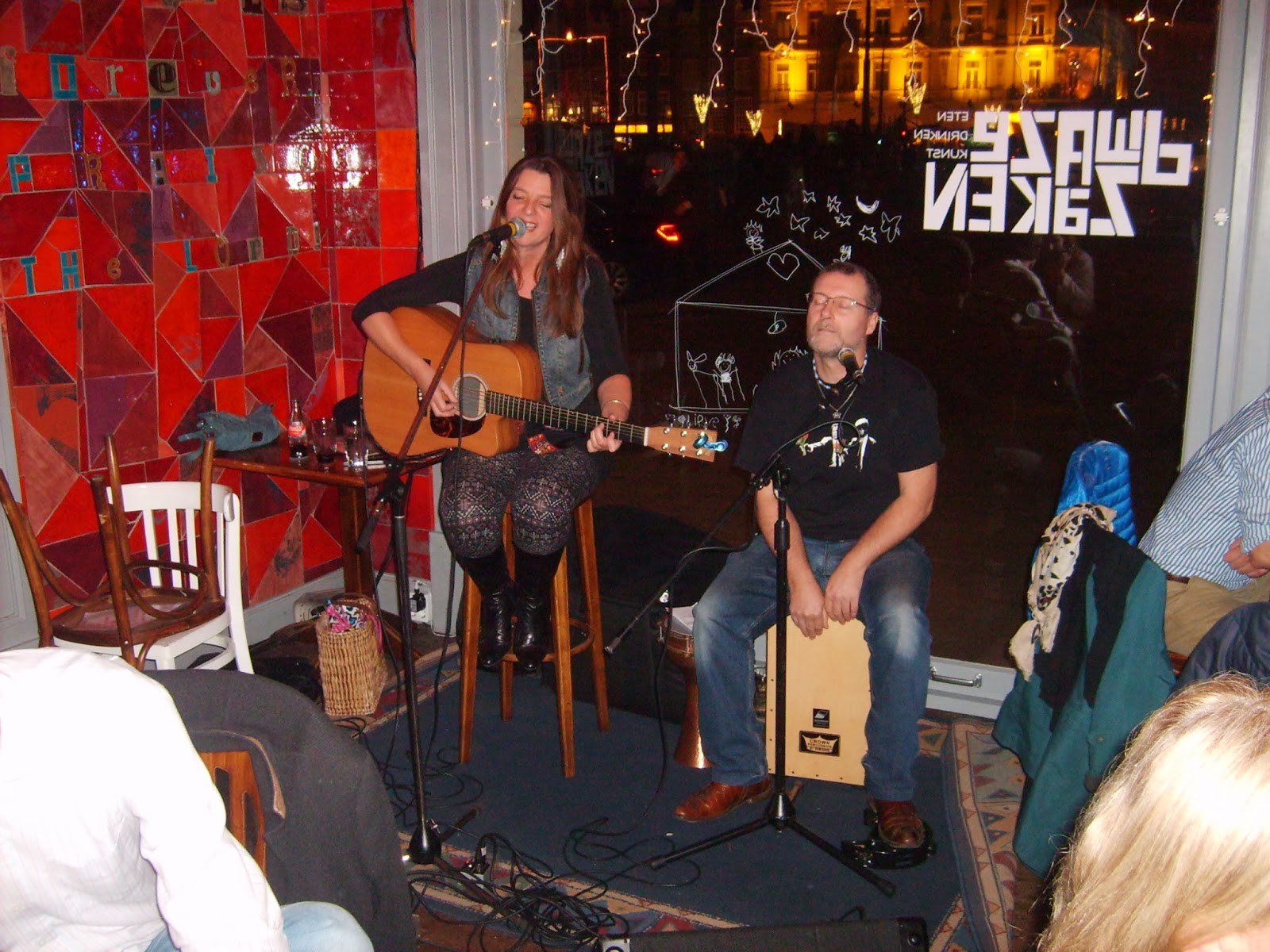 After me another Dutch songwriter - André van Egmond sang his songs, he brought a nice bass-player with him and I had a good time listening to his music.


So thank you all for this nice concert, I hope I'll be back soon.
Gepost door annette vogel op 08:33 Geen opmerkingen:

past and future performances

I also went to the party of Roger which is always a great party with a group of songwriters. We all play our songs for each other, while the fire burns in his lovely living-room.

I had a performance at the Voices and actually I planning to play alone but at the last minute I decided to invite some songwriters to play with me. So Francesco Ljubica and Gareth Evans-Jones played with me some of my songs: ANNE (The Raga) and By My Side. Here you can watch the performance: ANNE with Gareth and Francesco at Voices 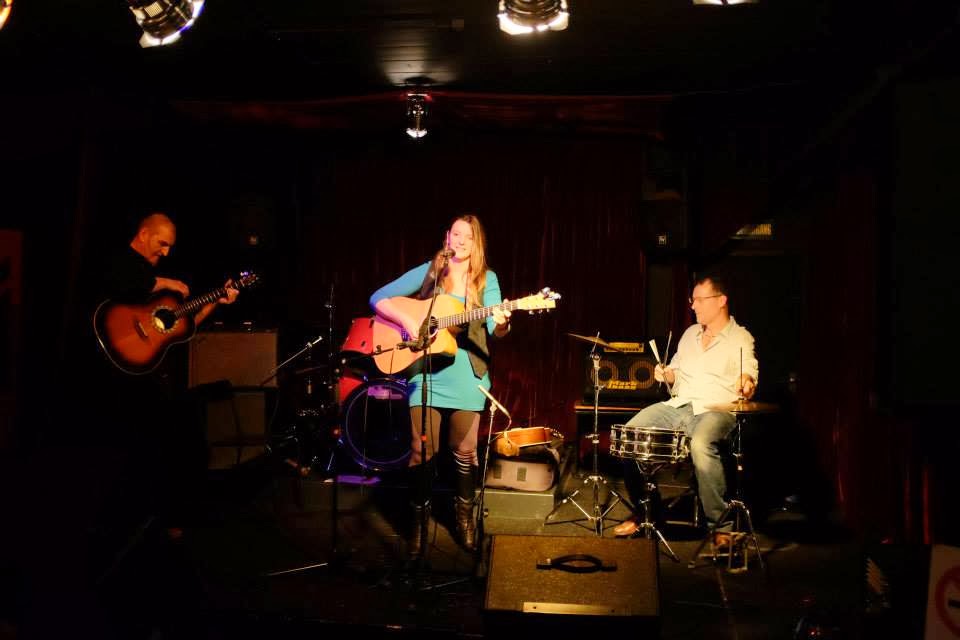 Then I found this a very special gig: playing at IKEA. I went with the Amsterdam Songwriter Guild to the IKEA where I played a whole set on my own and although there was not much audience I really had a great time. It reminded me of me playing in the streets and I felt very happy. I've had a good meal up there and a nice time with other songwriters. 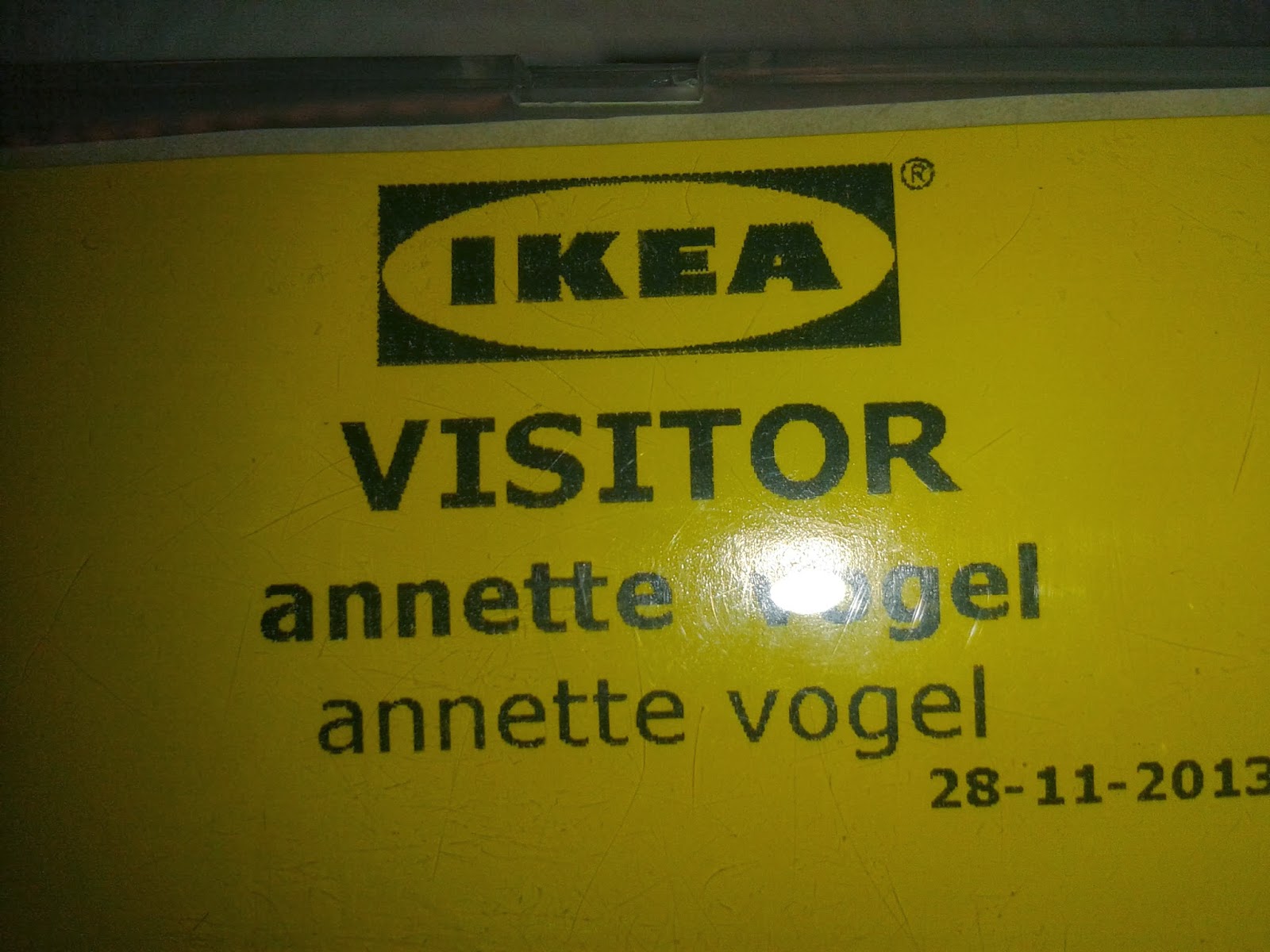 Here are some pictures of me singing at Ikea 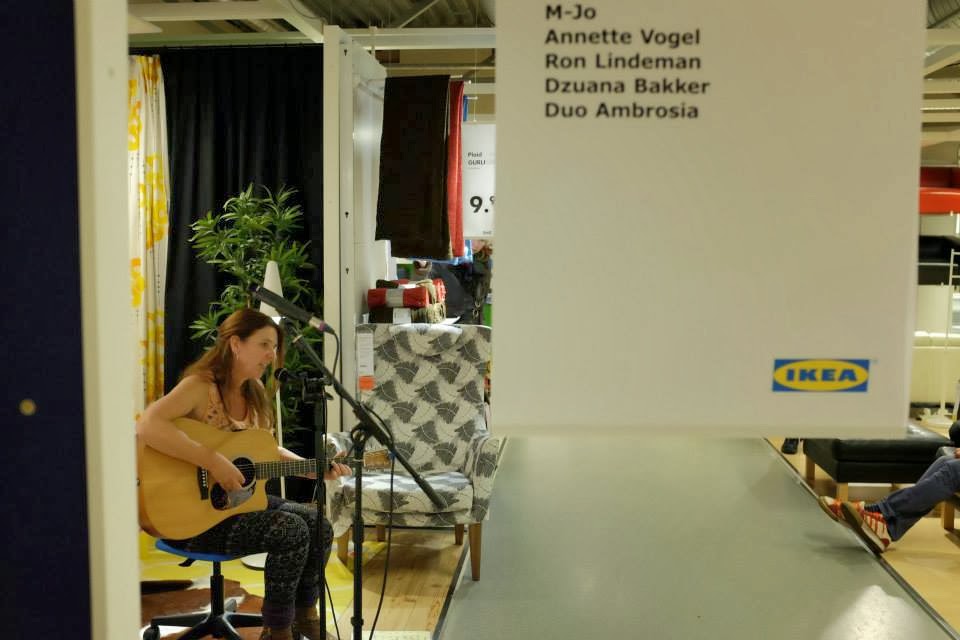 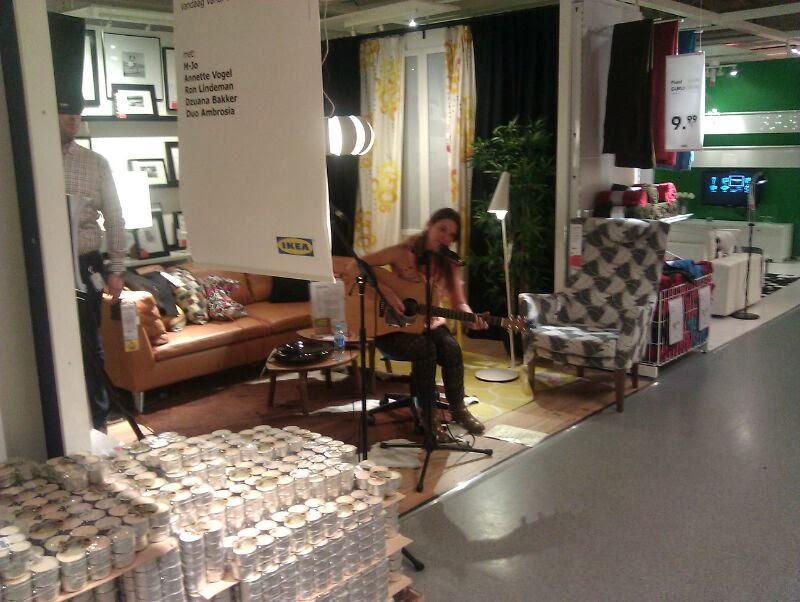 Then my last performance was at a SWAN night, last Friday. Normally I open these nights but this time I was the one who played at the end. It was a great night as always and if you would like to read about it (in Dutch) you can find the report here: SWAN Friday December 6 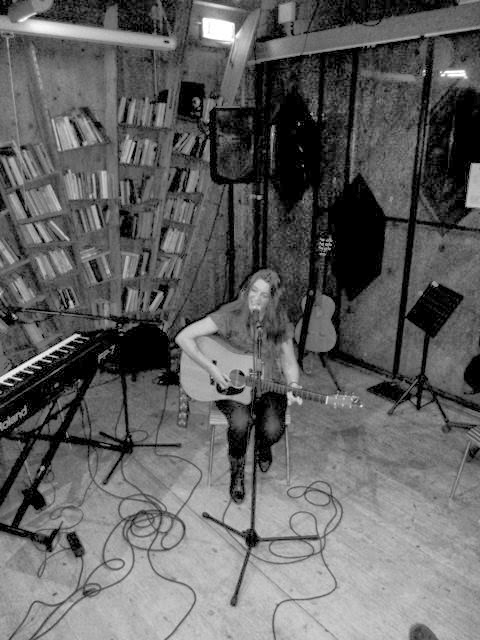 Next performance will be at restaurant Dwaze Zaken; I will play there with Gareth next Monday, December 16th. And I am really happy to tell you I will go with Christmass to Schiermonnikoog, an island in the north of Holland, and that I will rehearse there with some old friends from Groningen. We will play on Januar 31 th in De Kroeg van Klaas in Groningen. I look forward to !