Hi folks,
Here I am again and I wish you a happy new year!

Last year was for me a very busy year. I have been playing a lot, mostly together with Mario.
In Summer 2015 me and the father of our daughters decided to break up our relationship after we've been together more then 20 years.A divorce is always drastic, even if we have decided this together. It brought me a lot of pain and sometimes I still find it difficult to be on my own again.
It helped me to write some songs about this divorcion, like  BLUE RAIN and CHANGED

In January 2017 I started a new relationship. Of course I had known Mario much longer, but it took me a year to realize that I had fallen in love with him as much as he was in love with me. 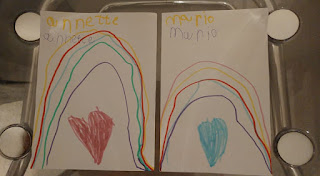 A difficult aspect of my life is that I  suffer from an anxiety disorder and so I got sometimes panic attacks. I really thought that I was recovered from this kind of emotions, but since I started a new love affair it's sometimes really hard to handle myself. Anyways, when I play a lot of music then everything seems to be allright. Music makes me feel alive!


Last summer I organized SchierSong Festival and I already started to programme a new Festival for this year! 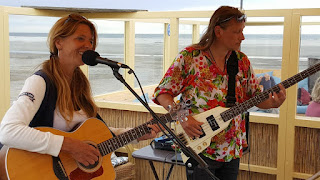 Last year I played almost every weekend and still we are doing well.
A new event is that my youngest daughter  ANNIKA started to like singing again! So we do some Adele and Ed Sheeran covers together and sometimes she performes with me.

Also new is that I will start a course at the Conservatorium of Amsterdam. I will learn again a lot about teaching music. I used to study music in Groningen, but this is a very long time ago, so I am happy that I have been admitted after my audition.

The best thing what happened to me last year is that I started to busk again! This was very good for my self confidence! I sort of found back an old identity of mine. Just sitting in the streets and singing. Meeting all kind of people. 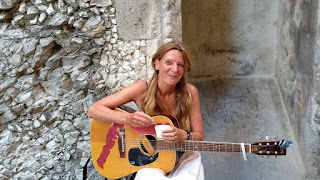 We did a whole lot of Performancestraat everywhere in the Bergerlands, one of Them you van watch here
Annette in café Langereis
As you maybe know I have been living in Groningen for half of my life. It's always a great pleasure to go back there and have some musical perfomances. That's what I did in the last week of 2017.
We played in the Irish Pub and the Kroeg van Klaas and had a really nice time with the locals!


Last but not least, I still organize SWAN, songwriters AmsterdamNoord, ( SWAN ) and so, if you are interested to play there, send me an email! 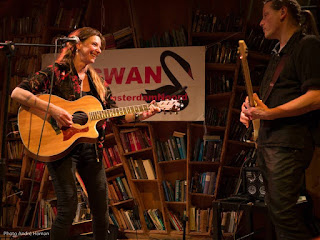 I almost forgot one thing, I have been interviewd by this Dutch radio man, but it's not really about music, its about life... a vision on life, a philosophy. I could not watch it myself, that's really too much for me, and the interview is way to long, but still, you can find it right here if you are curious. Anne Vogy

So for the new year, I wish everybody as much as happiness as possible, even if times are hard.
Love and Hugs,
Annette live at Café langereis
Gepost door annette vogel op 06:58 Geen opmerkingen: