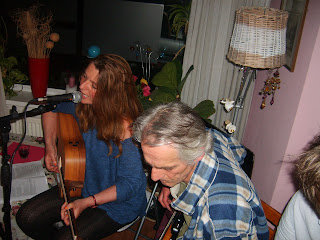 Yesterday I celebrated my birthday in a very special way. I invited some friends, but a few days ago I invited also all my neighbors to come over to have a drink and listen to my music. I needed to rehearse with Frankie for a performance at the NDSM-werf at Queensday, and suddenly I got this brilliant idea  that it would be nice to make this rehearsel public. So just a few days ago I invited all my neighbors. Some of them I hardly knew so I didn't know how their reactions were gonna be.   I called the show:  "Beter een Goede Buur dan een Verre Vriend". (which means that sometimes good neighbors can be more important than friends who live far away.)
I didn't think many people would show up because I invited them  just two days earlier and well, not everybody likes music.
I told them I would give a little concert from 8.30 pm until 9 pm in our little garden, that would be long enough, I thought. But it was cold yesterday and so we decided to play our music inside the house. At 8.15 there were only a few people but then ten mintues later the house became really crowded ! So everybody showed up ! That made me so excited because I  really didn't expect this !  I heard some people saying to each other that it was about time to meet each other and that this was a very nice initiative. I am so happy about this and now I know for sure I got really nice neighbors and I appreciate it so much that they accepted my invitation!

We played our music for almost two hours in stead of half an hour and we had very much fun. Thank you so much for this very special birthday, now I am certain I will invite everybody again next year when I will celebrate my birthday. ! And you, all my dear fans, you will be also very very welcome ! 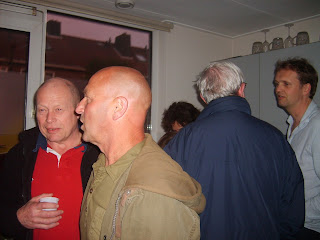 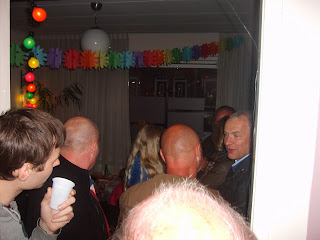 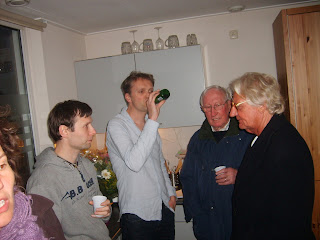 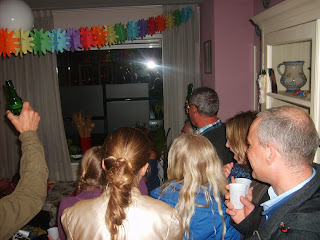 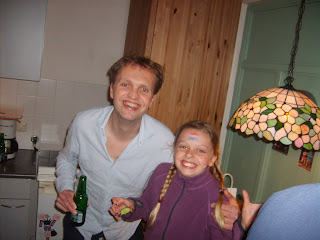 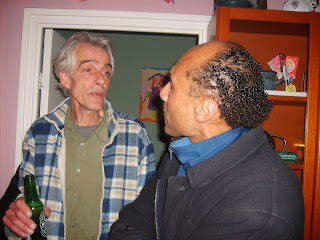 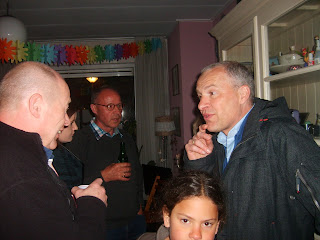 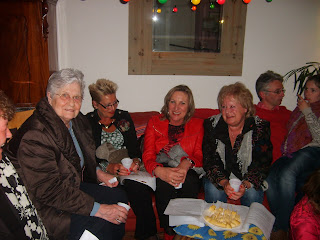 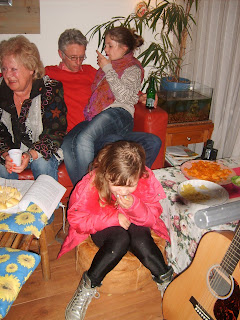 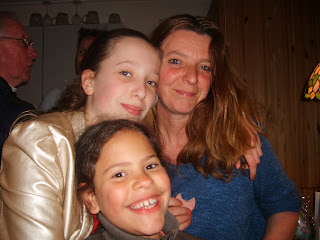 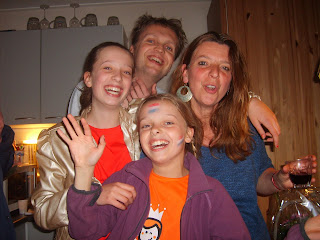 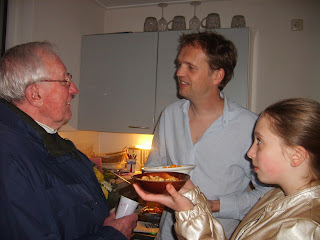 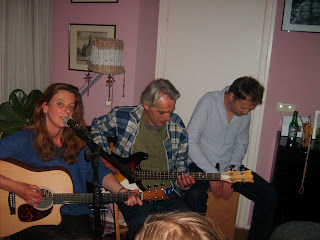 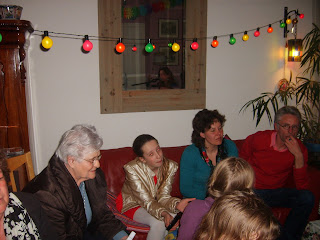 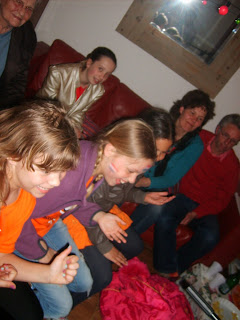 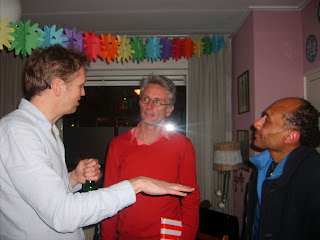 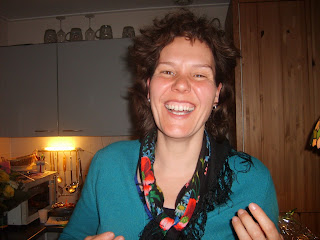 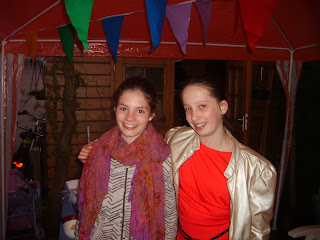 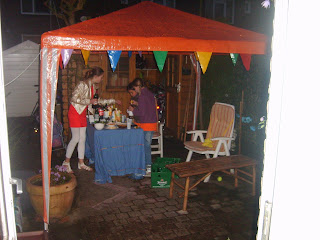 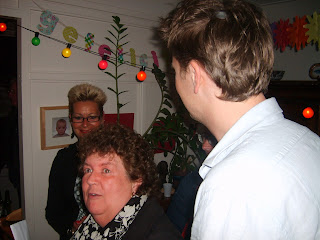 I know  I got some really good people around me. They sure take care of me when I need it. Last weekend I've had a real bad backache so first I didn't know what to do. I went to the doctor and told him I had this gig at café Langereis this night but that I couldn't play because I couldn't move at all. He gave me some strong pills and told me he would probably pass by so that he could listen to my music :)
I called my best friend Gianni to carry my bag and my guitar and I phoned with Marjorie and Cindy to talk about what I should do: play or cancel the whole thing....
Finally I decided to play just one  set and Cindy told me she would play instead a few more sets to help me out.
My friend Okke drove Gianni and me  to this little nice café Langereid which you can find at the corner of the Rembrandtplein and the Amstel. We arrived  at 6pm,  and  Arjen and his friend and JanPaul, the violinplayer, were already waiting for us. Mick, the bassplayer,  arrived a few minutes later and he brought some friends with him.
The sun was shining and Ajax just won the competition, so nothing could go wrong that night. 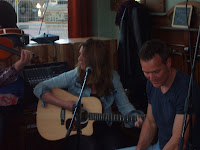 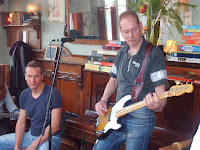 Cindy arrived and she got everything fixed so that we could do the soundcheck and play our music for an nice little audience. It was really nice to play together with Arjen on cajon, Mick on the bass and JanPaul Grotenhuis on his violin and mandoline. We'd had just one rehearsel with JanPaul the day before and he did a good thing. I think we had a very nice time together ! We played some new songs like 'Thunder and Lightning' and 'Raga' and that was real fun to play.I didn't dare to move a lot, but everything was allright. I was drugged so I didn't have too much pain.  After we finished the show Cindy started to play Eleonor Rigby and JanPaul played with her. Because of my physical condition I couldn't stay too long to listen. Me and my friend Gianni left the house around 9 pm and afterwards we had  dinner together at an empty restaurant somewhere close to the café. When I came home at 10 pm I was happy because I was glad everything worked out fine. The next day my colleagues of the school where I work helped me with the job of supporting the 25 kids I work with. In the meantime my backache dissappeared :)

Last night I went to the Noorderparkkamer to present Song Writers Amsterdam Noord.
I was very happy that this time Baltazar came over to help me with the sound. Things were a bit different this night. Me and Ellen didn't need to work at the bar this time, but Carolien came and she made the coffee, tea and helped with all kind of jobs.
Some neighbors helped me with light, tables and that kind of things. This night there were a lot of songwriters I didn't know. Unfortunality two songwriters didn't show up without canceling,  but there were two others who showed up without signing in so that made everything all right.
It was a great night anyway, very intimate atmosphere. 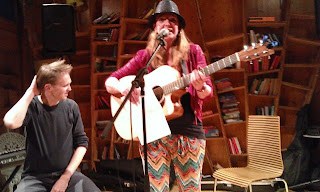 Okay, before I left home my family told me not to wear this hat, not to wear the pyjama, but I didn't listen... but now I have to admit... it doesn't fit.... it was fun though :)