shit happens to be out cool...

Okay than...
It was really hard last weekend... sometimes I suffer from  a Crazy Man Michael-disease, what means that I am sometimes very obsessed and I can't get out of my obsessed thoughts and emotions. It's bringing me to a low level of conciousness, I have sometimes a great fear of being abandoned, and that fear makes me crazy sometimes. (btw, the song Crazy Man Michael is written by Richard Thompson/ Fairport Convention, one of the greatest songs I know) 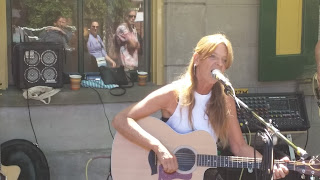 I had this gig at a nice place, pretty famous in Amsterdam, small bar, people go there eat and drink before they go to a show. I had to play there all by myself and it was a long time ago I did this. I felt really insecure and had a bad stomach.
I called my best friend to support me but then I lost contact because I have a new phone and during the conversation I accidentally disconnected. I forgot my new PIN so I could not call him back.
I was sitting alone at a table and I was searching in my little bag for a small piece of paper with my fucking  pin on it, but couldnt find it. I felt a bit... desperate.... but  then.... I let it all go. I thought: okay, I'm going to play my songs and I will do my best although I feel very lonesome right now.

And when I looked up ,  a friendly man came sitting next to me. He smiled and said, "I'm coming especialy for you."
And that was my mercy.

He was a man who is a barkeeper from a big cafe in Amsterdam and I recognized his  face because I played there a few times last year.  We talked a bit and he stayed and  listened to my songs. We talked again when I took a short break, and it was really nice and he was very relaxed.

After the gig he informed me that I could perform somewhere and I really thought :  wow this I'd never expected. Sometimes you feel miserable and you give up every effort to try to make it better and then suddenly there is somebody who's just by your side on just that moment you need it.

The guys of the bar  were also very sweet and smiling to me all the time and when I came home I immediately searched my PIN to call back my good friend, He told me he thought I might have had an accident. Because we just had a conversation and he knew I was walking outside and suddenly the connection was broken.
He was worried because he noticed that my phone was not accessible anymore and because I was a bit sad, he thought somethings bad happened...  So he called the cafe where I was playing and the bar girl said: "She's right here and making nice music" and then he heard me singing by phone.
So that was once again a special event in my life and next event will be on July !rst, I will play on a market in Amsterdam... Now I feel so much stronger, because I feel I can do gigs all by myself. So I decided to go busking this summer. And I am playing Sandy Denny songs again. I will go to Avignon and Perpignan, all by myself. Keep in touch! 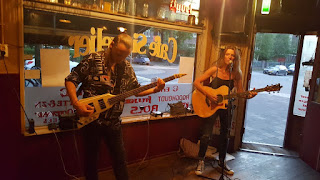 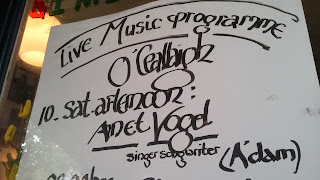 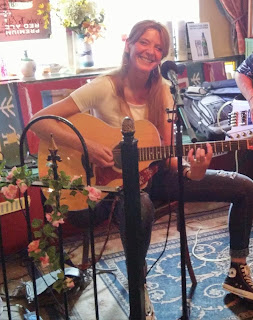 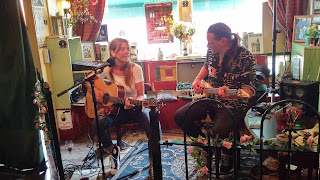