Hello Groningen!
I have been living in this cute town called Groningen for almost twenty years!
I grew up there and I founded this band called Scarlett. I played my own songs and had a great time. But then...  I had to move to Amsterdam because I could not finish my education at the Conservatory, I really needed a job, so I took this job as a teacher at a primaryschool in Amsterdam. I moved and became mother of two beautiful daughters who became great musicians.

But still, I like to come back to Groningen and meet old and new friends!
Mario and I played at a very little village, just in the north of Groningen, called Den Andel. The venue is called Andledon and run by very nice people who are very involved by culture.

Unfortunallity, when I got off the bus,  I got this message that a beautiful child just ad died, and so it became really hard to play well on that stage in Andledon. But I did it, and after the soundcheck I played a song for the child who had died and her little sister who is a pupil of mine. I was very in shock (actually I still am), and I needed to sing a song especially for them. Later on we played for the audience but afterwards, some people came to me and said to me that they felt that something strange was going on while I was performing. They were right, I was very chaotic and sad and needed all of my concentration to do this gig. But the host was so gentil and nice and after all we had a great time. Thanks to Andledon and its owners Erik and Johanna. 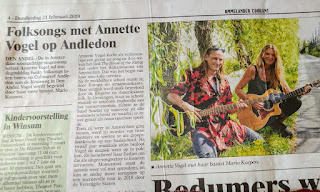 I made a little vid of this event, you can watch it here: 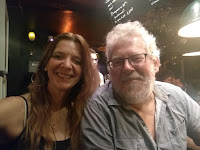 Last Friday we went to Groningen again. This was because we had this gig at café Singelier, a nice little café just outside of the centre of Groningen. It was crowded and noisy but still, we had fun because some real good friends came to listen and although people were talking loudly, they came to tell me that they really liked our music. So it was okay and we left the pub with good feelings. Thanks to Cafe Singelier and its owner Felix! 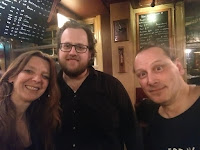 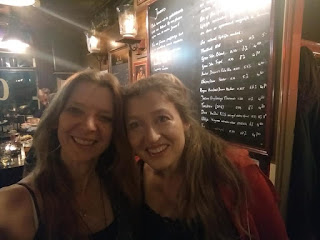 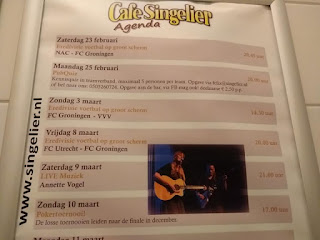 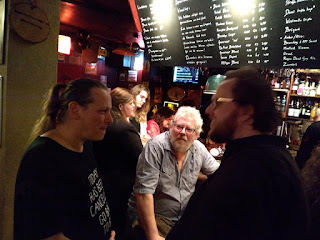