Last week I celebrated my birthday. It was a very nice event because some musicians came to my house to make some great music. I really enjoyed the night. Some people gave me some special surprises, one of them ( André Homan) made a little book with a lot of pictures he took of SWAN
He called the book SWAN ONE. 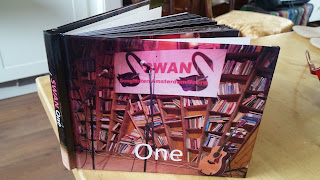 The book got lots of pictures of musicians from Amsterdam or other parts of Holland.
André took also some pictures of my birthday party.
I would like to thank so many people and i hope we'll meet soon again... :)) 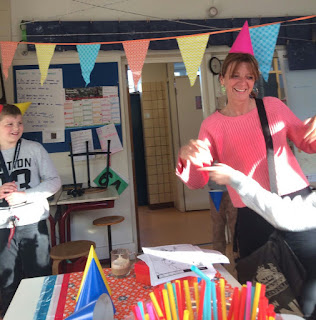 a week ago the kids celebrated my birthday in the classroom. I was surprised, didn't know they had organised a party. So no lessons that day... 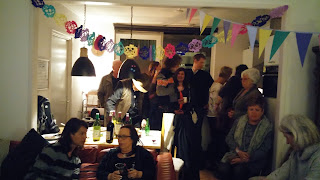 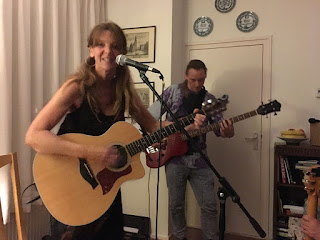 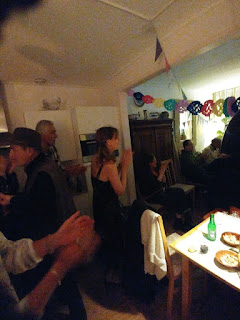 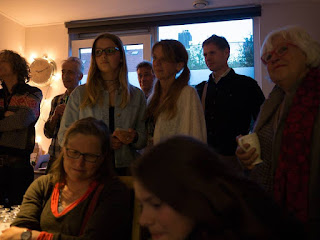 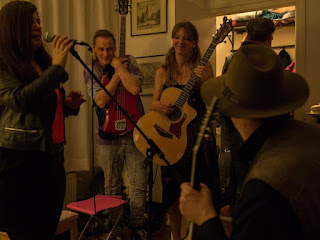 At the end of the party some friends stayed a little longer and I told them I would like to try out some new songs. So Mario and I played together and Francesco played with us. Live recorded by Bayla Moon! Enjoy!

It's been a while, I've been pretty busy with my work as a teacher, and with rehearsing my new songs and of course the gigs. I've had some nice gigs. If you would like to join, you can find the tour dates right here: AnnetteVogel tour dates

I was in The Haque at a radio/TV show and we played live recorded some songs.
You can listen to CUT THE CRAP right here! (i just loaded it up)


I went with Mario to Utrecht to this nice café called Kopi Susu. We played for almost two hours and had a nice time.
You can watch the first song of the second set right here:

We'll be back at KINGSDAY!
Yes, we will leave Amsterdam and we will travel to Utrecht to play a full set at 2PM! We are really looking forward to it. Info about the café you can find here: Cultureel cafe

Another nice gig was at the Polish Library, I played with Mario and the fantastic guitar player Rei Satoshi. Again this was a nice event! 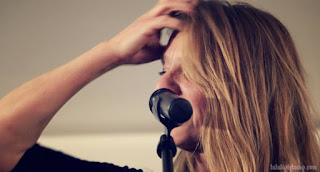 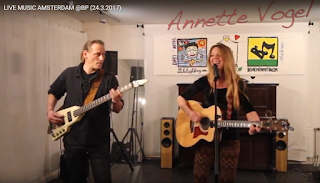 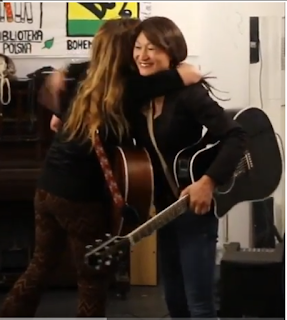 The organizer, Lulu Lightning, made a vid of this event, you can watch me after a few minutes in the vid, she did a good job by editing! Watch it here:

A really good gig was at Einde van de Wereld, we really did not expect so many people there and everybody was so quiet when we played our music. I don't have pictures of this gig, but I need to mention it because this gig gave me a real boost.

Sunday is our next gig,it's in Castricum. We've been there before, it's outside in the middle of the centre and we will play there 'round 3 PM a full set.
And next: I will give a houseconcert on my birthday, some talented musicians will play in my living room and ofcourse I play myself. Hurray!
And last but not least, I mentioned KINGSday and as I said we will go to Utrecht that day and play there in café Kopi Susu. See you!